skip to main | skip to sidebar

PRESERVATION INSANITY has moved!
Please visit its new location at (and reset your bookmarks to):
https://preservationinsanity.wordpress.com/ 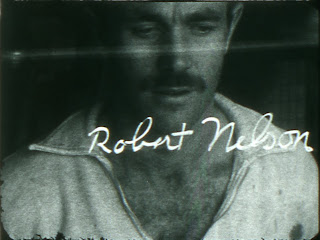 Can't really express at all how very sad I am to report that Robert Nelson has died. He was 81. He had been diagnosed with terminal cancer about a year ago, and had decided to not receive treatment, to go out in his own way, as he could only do, as Chick Strand had decided to do before him.

All things considered, Bob was doing pretty well all year, actually. He had moments, sometimes days, of fatigue and feeling kind of lousy, but had plenty of good days too. I last spoke to him about a week ago and we talked about meeting up soon. He sounded great, and was as sharp as ever. So when I got the call from Wiley today, the news was a bit of a shock to me, as Bob had still seemed so vital and alive a week before.

He hadn’t been taking any medication or treatment beyond the herbal kind, and had continued to live on his own in the mountains in the small house he built in gorgeous Mendocino County. An inimitably homespun and offhand philosopher, he would say things to me like, “what the hell, I’ve had a good run.” I made him some CDs to check out a few months ago, and after he’d listened to and enjoyed them a few times he unexpectedly sent them back, saying “they were really good, I just don’t want to accumulate any more shit.”

Bob has easily been one of the most important people in my life, a massive source of influence, inspiration, support, friendship, and good company for the past ten years. His films are still huge for me. and will be til I die.

I sought him out in 2001 when I worked at Canyon Cinema. I had seen Bleu Shut and Hot Leatherette, and they had both knocked me out, especially Bleu Shut. At the time, my friend Martha was a preservationist at the Academy Film Archive in L.A., and she and I concocted a proposal for Bob and the Academy to start getting his filmography preserved, film by film. After he answered my initial letter, Bob and I had exchanged a few more letters (he was a great letter-writer) without yet meeting. One day without warning, he just strolled into the Canyon office on Third. Dominic hadn’t seen him in a few years at least, and said, almost in shock, “…Well hi, Bob!” Bob and I met, had lunch and talked about the archiving thing, and a deal was hatched. He was still very skeptical about the value of his work and his own desire for people to even see the films, but a project at the Academy was worked out, and Martha preserved The Off-Handed Jape and Deep Westurn right away, with Bob still not really wanting the films to see the light of day. I took over when I was hired to replace her in ’03, when she left to work in Tanzania, and have worked on a bunch of ‘em since then.

Over the years, a certain visceral block about his films, a desire to destroy many of them or at least keep them withdrawn from view, loosened and relented, in some cases title by title. I worked on him to do screenings, and though he wouldn’t initially appear in person, he approved the occasional showing of individual films starting in late 2003. In 2004, with Craig Baldwin’s help, we were able to do a 3-day retrospective at Other Cinema, with Bob in person, which marked a big change in his attitude about the work. The voluminous positive feedback from audiences I was able to pass on encouraged him more and more to lighten up about it all. He started making appearances, including some brilliant ones at Oberhausen, Vienna, and elsewhere. He even started working on several new films (left uncompleted) in 2007 or so, one of which was a collaboration we discussed at length, and which I hope I can actually complete now.

I was always thrilled to pass word along to him about how much one or more of his films had influenced someone I’d met, because by the 1990s, he had gotten really apathetic about a lot of them. But the interest in his films over the past ten years was something he really enjoyed, and he came around to re-embracing many of his own films. (Some of them remained to him nausea-inducing failures, though. Mention What Do You Talk About? or The Beard, and he would groan.) He was thrilled his work still resonated with people, or just made them laugh. Sometimes younger filmmakers would track him down and send him their work, and he always looked at it with a fresh, critical gaze, responding with his genuine and thoughtful reactions, which sometimes led to extended correspondences.

I always found him incredibly open, curious, wise, attentive, interested. He was just so fucking great to hang out with. How many people over 30 (let alone 80) still approach life, conversation, questions, EVERYTHING, with a completely open, curious mind, capable of considering and reconsidering, changing, reorienting…? Even in screening Q&As, when asked a question about Bleu Shut or Blondino that he’d probably been asked dozens of times before, he would seriously consider the question and try to give a unique, thoughtful answer. He was so full of consideration and wisdom, always gave me (and others) great advice.

So many filmmakers are filmmakers in some way or other because of Bob (among them Peter Hutton, Fred Worden, Chris Langdon, Curt McDowell, Mike Henderson, numerous others). Peter once told me that when he saw Bob’s films for the first time, his reaction was “wait, you can make movies like that?”, and started making films himself. David Wilson (of Museum of Jurassic Technology fame) was deeply inspired by The Awful Backlash, and wasn’t the only one to have that reaction. Bob named the classic film Near the Big Chakra, with his gift for evocative titles. Bob could also be burtally honest about someone’s work, because he felt a friend was due that honesty and respect, even if it cost him a few friendships. Bob was the person I was most nervous and yet most eager to show my own films, and his positive, thoughtful reactions meant something immeasurable to me, as did the criticism of one film of mine he thought was a stinker.

When an artist dies, the inevitable retrospectives follow. But that’s OK. Bob was happy to have his work rediscovered, and thrilled that anybody still found it entertaining, funny, enlightening, whatever. I already miss him deeply, but am excited that his films (and his spirit, a very palpable, inextricable part of them) are, and will continue to be, very much with us.

If anyone would like to send any thoughts, reminiscences, testimonials, etc. about Bob or his work to me, I’d be happy to share them with his family and friends. 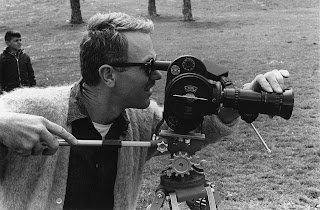 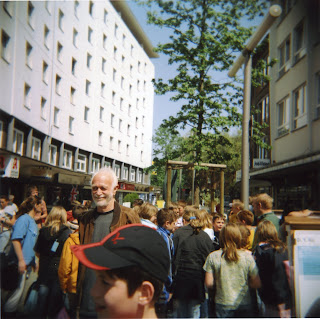 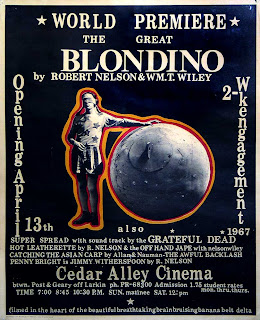 Original poster for the premiere of The Great Blondino (1967) 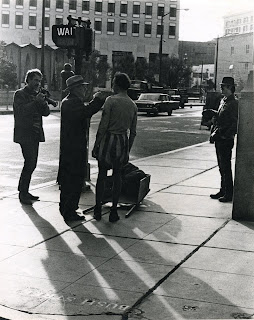 Shooting The Great Blondino (1967) in San Francisco. (Bob is on the left, Wiley on the right.) 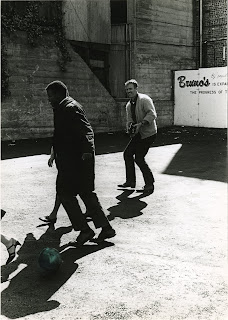 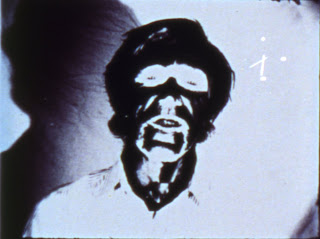 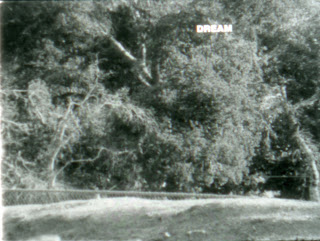 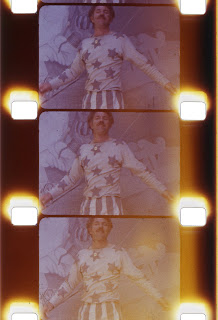 In correspondence with Bob, he would address envelopes "RAN", so I started writing "LAF". LA...Felker...
Which lead him to create a nickname for me: LAF-ing Elk.

How much does it cost to have your name legally changed?

Thank you for this, Mark.

What a fine tribute to a great of independent film.

I met Bob at UW-Milwaukee. He was my mentor, and friend, He was the biggest influence on my life and I'm lucky forever that I met him.
Once while trying to make a work print in a dark room we forgot to attach the print to the core, unwittingly. There in the dark 400 feet of fresh print coils on to our shoes. We stand in the dark for the entire 12 minutes as the film flops around on the floor. He has an idea. Really? There is a garbage can... when this is all done we'll toss the film in the bag and then slowly untangle it and put it on a core. The garbage was a quarter full. We tossed it on the floor, bagged the film, got it on the core after about two hours of darkroom drama. The film was too loose to go back into a 400ft can so we got a 1200ft can and went to the lab, where I also worked. We went back to the dark room processed it and whalla! Bob Nelson had done it again. The film looked like it was shot 100 years ago. The soda in the garbage nearly destroyed the emulsion, but it only added to the texture of the effort and love that went into this collaborative with his students.
Bob Nelson probably ruined a dozen or more doctors lawyers and accountants by convincing them they were artists. I'm sure not one of them regrets it.
I asked Bob for a letter of recommendation in 1988. He hand wrote something on lined paper in crayon something like "Julian Marynczak is cool and I think any project he wants to do will likely be cool as well." I didn't get the grant, but his letter of recommendation will be with me forever. Julian

I didn't really understand what experimental film was until I saw "Hauling Toto Big" at the Ann Arbor Film Fest(1998?). I was only at the festival for one day and did not realize what I was getting myself into.

That film blew my mind. It excited me and frightened me and delighted me and confused me and....god knows what else happened to my brain (soul?) that day.

It changed me. And it changed the way I thought about film forever.

Thanks for that Robert.

I am currently a MFA student at the SMFA in Boston. I dont know Bob or his family however his influences through the arts have inspired me for many years now. I found my way to him through Bill Wiley (&) am forever grateful. Thank you for believing in the arts and allowing an impact greater than you will ever know!

I finished high school in 1971 in Ithaca NY and took a film course at Cornell U that Bob Nelson was the guest director for. They gave us cameras and we shot film in and around Ithaca in the summer of 1971 for a film we called 'No More'. Since it was a student film, guided by Bob, No More was a pastiche of subjects and styles. One of the sections was a street party on Eddy Street that was broken up by the cops and we filmed it all. I filmed my brother and sister running around our yard with a 'Fresh Air' kid that we had staying with us from NYC. Bob was very positive about the footage and included it in the film (which he cut). Not sure what ever happened to 'No More' and it only seems to have a single mention in a Wikipedia entry.

Regarding NO-MORE, a single print of it exists that I'm aware of, courtesy of Larry McConkey, who also worked on the film as a student in the workshop, and who is now basically the most sought-after Steadicam operator in the industry (he shot the famous Goodfellas Copacabana sequence, even). Larry graciously agreed to store the print at the archive where I work, so it's safe. In 1998 or so, Bob also cut down his own elements for NO-MORE into a three-part short called MORE, after using a few bits of the longer film in his 1997 film HAULING TOTO BIG (the hypnotist, the girlie show barker). MORE has shown a handful of times, and is a lot of fun (and it includes the Eddy Street party sequence). The actual cut original A/B rolls and mag track for NO-MORE remain at large somewhere, I hope. Haven't tracked 'em down yet. But at least there's a print!